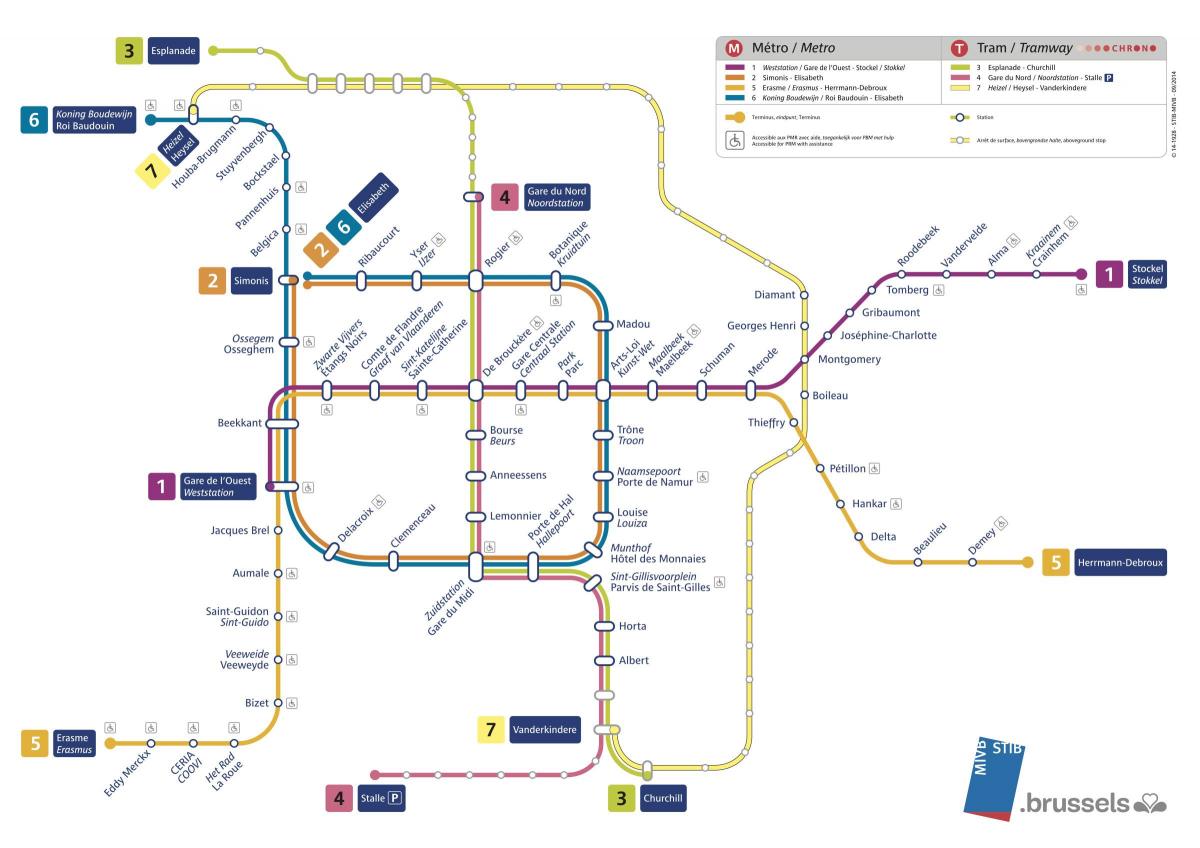 The Brussels tramway (or streetcar) system is one of the ten largest in the world, carrying some 75.6 million passengers in 2009. Brussels tramway development demonstrates many of the quandaries that face local public transport planners. It also has a number of interesting peculiarities. Brussels tramway line 51: Stops at Brupark as its shown in Brussels tramway map (Atomium and Mini Europe). It is a good alternative to the metro line 6.

There are 17 routes of Brussels tramway totalling 133.4 km, serving most points of the compass, and including two partial ring routes. These have a very varied feel, including street running through narrow streets in working class districts (lines 81 and 83 as its mentioned in Brussels tramway map), cobbled central reservation, reserved track through parkland and woods (44), and signal-controlled running in tunnels (the premetro).

Brussels tramway lines 92 and 94: Tramway 92 runs from Schaerbeek to Fort-Jaco and tram 94 runs from Avenue Louise to the Tram Museum as you can see in Brussels tramway map. Both lines run on the upper part of town and stop in the Parc de Bruxelles (Brussels Park), the Royal Palace of Brussels, Royal Museums of Fine Arts of Belgium, Église Notre Dame du Sablon, le Palais de Justice and Avenue Louise. Brussels tramway lines 32 and 33: Although tramways 32 and 33 only run from 8 pm onwards, both lines are very similar to the premetro lines 3 and 4. They both link the Gare du Midi with the city center, passing by Boulevard Anspach, home to numerous monuments and top things to see like the Grand Place and La Bourse.