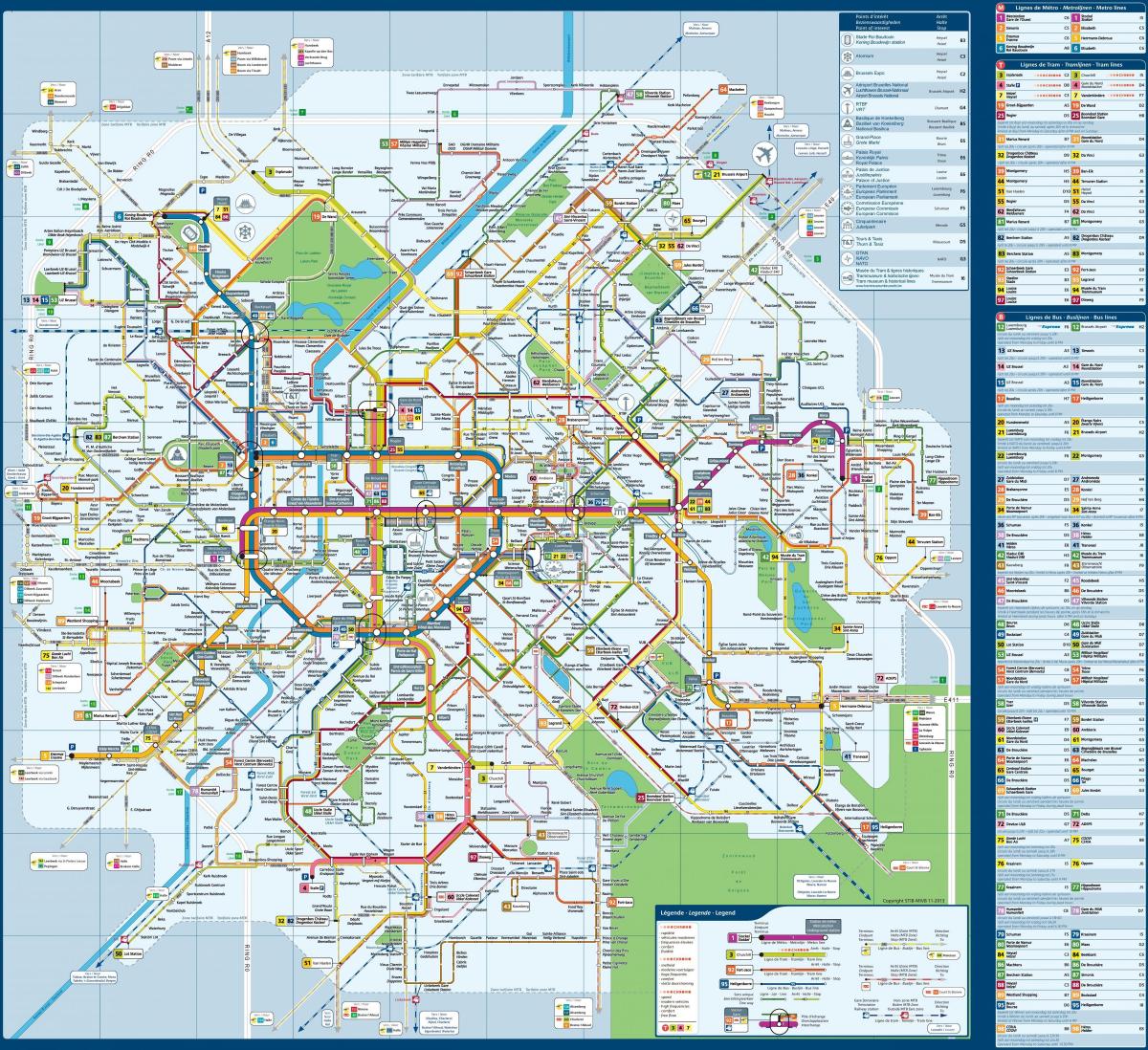 With lines crisscrossing the entire length and breadth of Brussels (and far beyond it) both buses and trams are tried and tested ways of getting around Brussels. You do not need special tickets for taking either, thanks to the unified ticketing system used in Brussels, so just check out the schedules and routes, grab your MOBIB card and enjoy your journey. The STIB buses cover the Brussels metropolitan area as its mentioned in Brussels bus map.

Buses are convenient if your departure point or destination is not close to a metro station as its shown in Brussels bus map. Timetables are available at each bus stop and also online but they do not run as frequently as the metro so it pays to check the timetable before waiting at the Brussels bus stop. Tickets can be purchased from the driver at €2.50 for a 1 hour ticket, which can be used on the metro and trams as well.

Brussels, like other large cities, has night buses that run on the weekends. These are called Noctis and run on Friday and Saturday from 12:15 am (midnight) until 3 am and leave every 30 minutes from La Bourse as you can see in Brussels bus map. Keep in mind that you will need to either take a taxi or stay out until 6 am (first metro) if you want to stay out after 3 am.