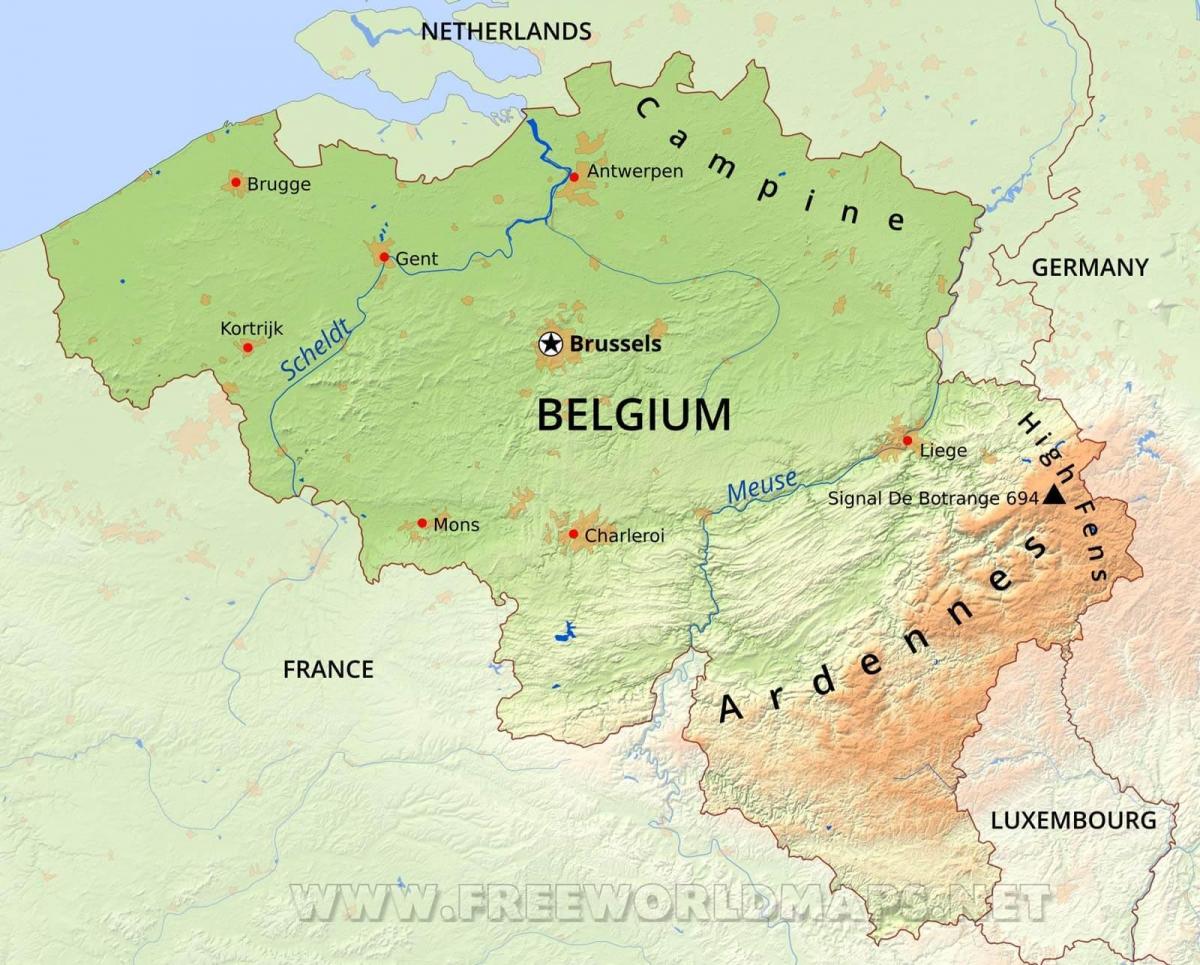 Brussels is located in the heartland of the Brabantian Plateau, about 45 km (28 mi) south of Antwerp (Flanders), and 50 km (31 mi) north of Charleroi (Wallonia). Brussels average elevation is 57 metres (187 feet) above sea level as its mentioned in Brussels elevation map, varying from a low point in the valley of the almost completely covered Senne, which cuts the region from east to west, up to high points in the Sonian Forest, on its southeastern side.

In addition to the Senne, tributary streams in Brussels such as the Maalbeek and the Woluwe, to the east of the region, account for significant elevation differences. Brussels central boulevards are 15 metres (49 feet) above sea level. The highest elevation point lies at a height of about 108 metres (354 feet) as you can see in Brussels elevation map, near the Place de l'Altitude Cent/Hoogte Honderdplein, in Forest.

Altitude 100 is a fascinating place in the commune of Forest in Brussels. First of all it is the highest elevation point in Brussels: 100m above sea level (see Brussels elevation map). That is where its name comes from. But that is not all. The whole area was designed at the beginning of the 20th century with its center being built between 1932 and 1935. It is a church, the Saint Augustin church.