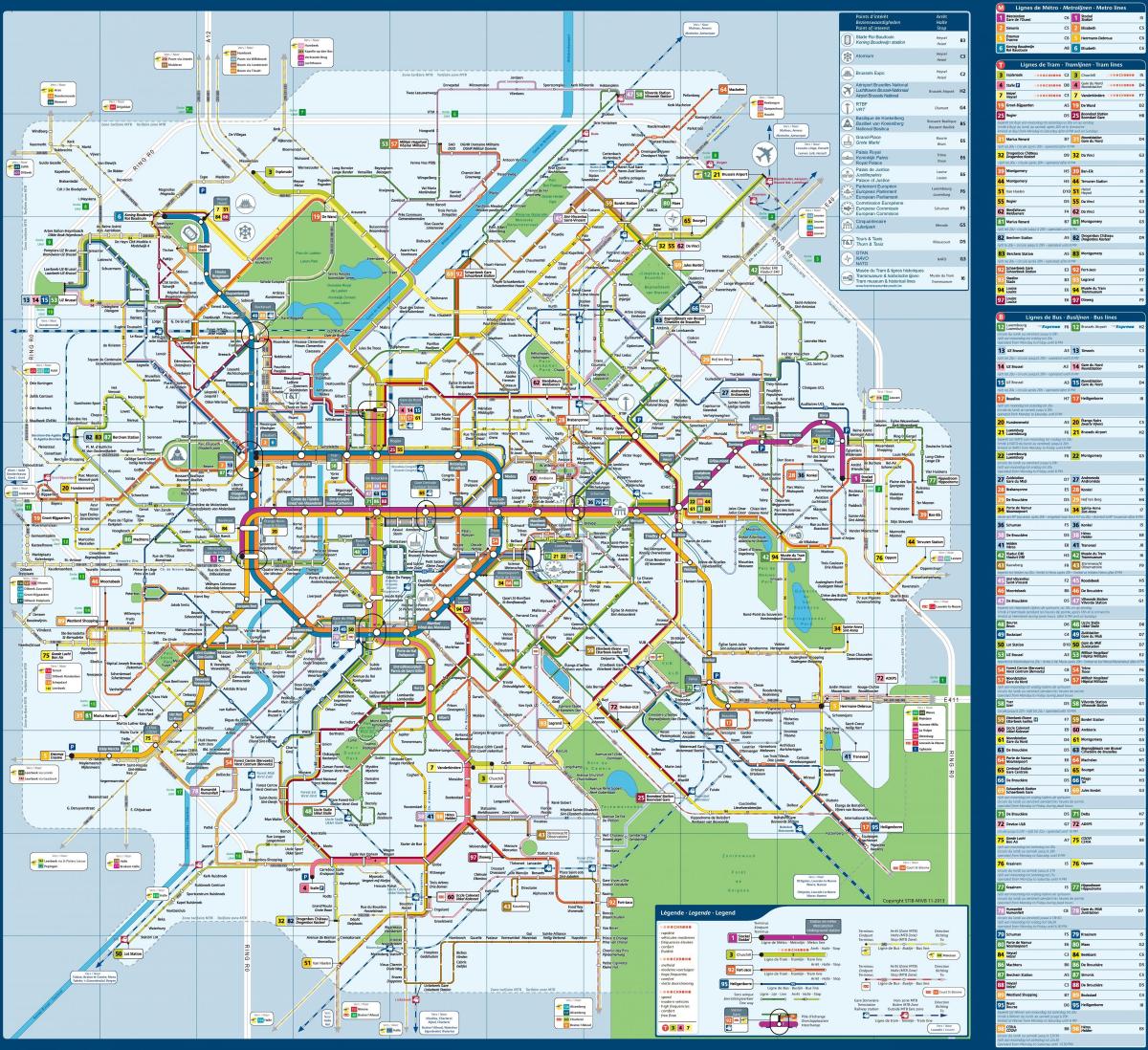 Most public transport in the Brussels-Capital Region is organized by the STIB (Société des Transports intercommunaux bruxellois). The network includes metro lines, which connect the eastern and western districts of the city as its mentioned in Brussels transports map. Pre-metro lines (trams in the tunnels) complete the metro service. A great many metro lines also have above ground bus and tram connections. Timetables: 6 a.m. - midnight - consult the timetables shown at the stops.

As the Capital of the European Union and the Capital city of Belgium, transport links to Brussels are pretty well established as you can see in Brussels transports map. The majority of visitors will arrive by plane to one of two major airports which feed the city: Brussels (or Zaventem) Airport and Charleroi. 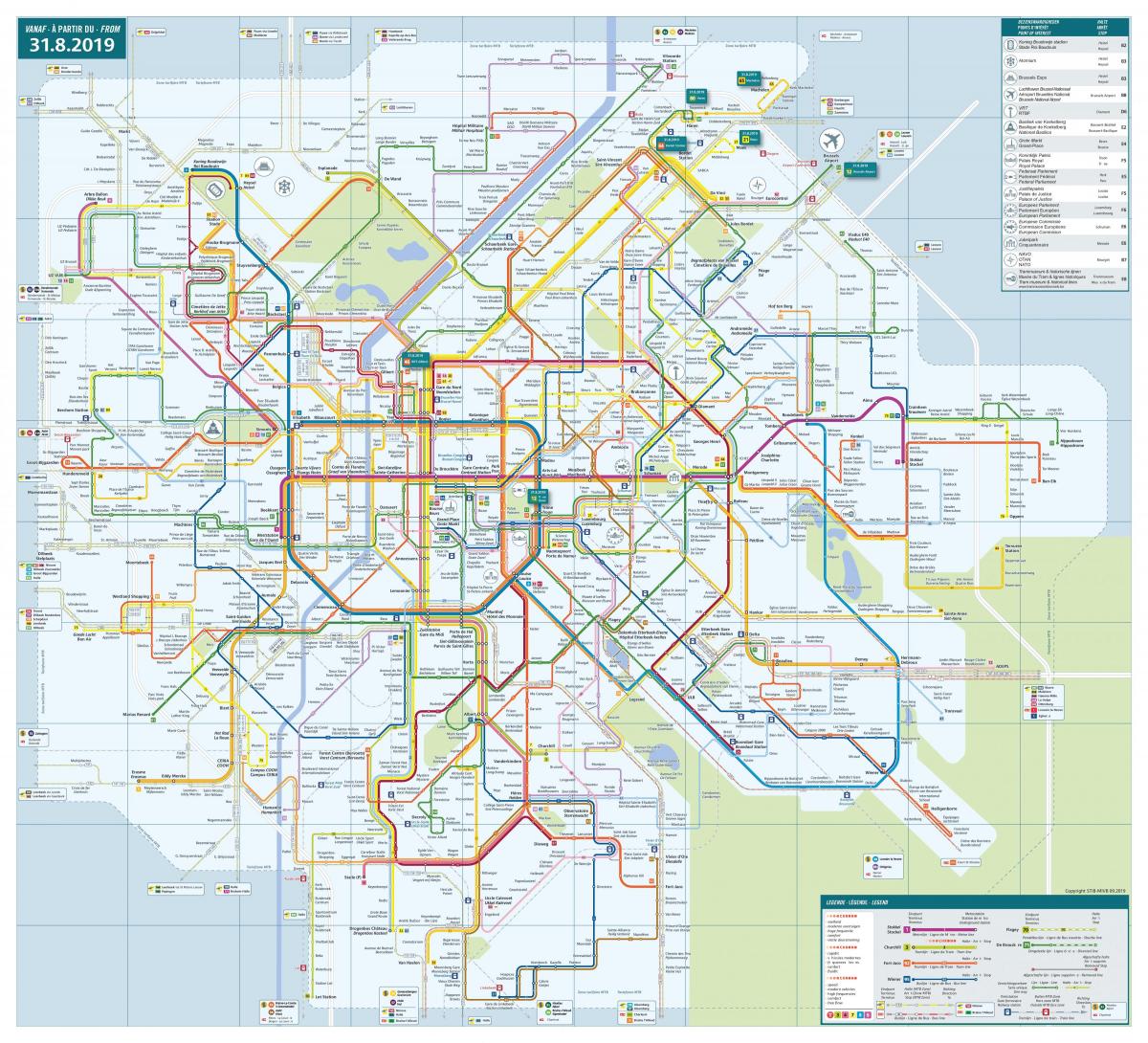 The MTB zone includes different stops of other operators, each operator determines his own borders for the MTB zone as its mentioned in Brussels zone map. On the network map, the borders for De Lijn and TEC are indicated. All the MTB stops of the NMBS/SNCB are indicated with a blue icon. The entire STIB network is included in the MTB-zone. However, you need a specific ticket 'Go2City' to get from the airport to Brussels city centre by bus 12.

All the bus stops in the Brussels-capital Region, and some other stops. All these stops are visible on Brussels network map, within the indicated borders. Once the bus leaves the MTB zone, the season ticket is no longer valid, even when the bus returns to the MTB zone as its shown in Brussels zone map.

When tariff zones in Brussels are drawn on a map, for example in SNCB Brussels Zone, the mtb or JUMP zone or a hypothetical RER zone, users who find themselves just outside the zone are arbitrarily excluded according to Brussels zone map. A TICKET RAIL or ZONE-PASS RAIL does not constitute a free journey in the destination area.