You can find on this page the Brussels bike map to print and to download in PDF. The Brussels bicycle map presents the bike routes and lanes of Brussels in Belgium.
Biking is the ideal means of transportation to free you up to explore Brussels diverse atmospheres (see Brussels bike map). Discovering Brussels on bike lets you take in, admire and experience the capital ambiance and features while taking advantage of the great outdoors. 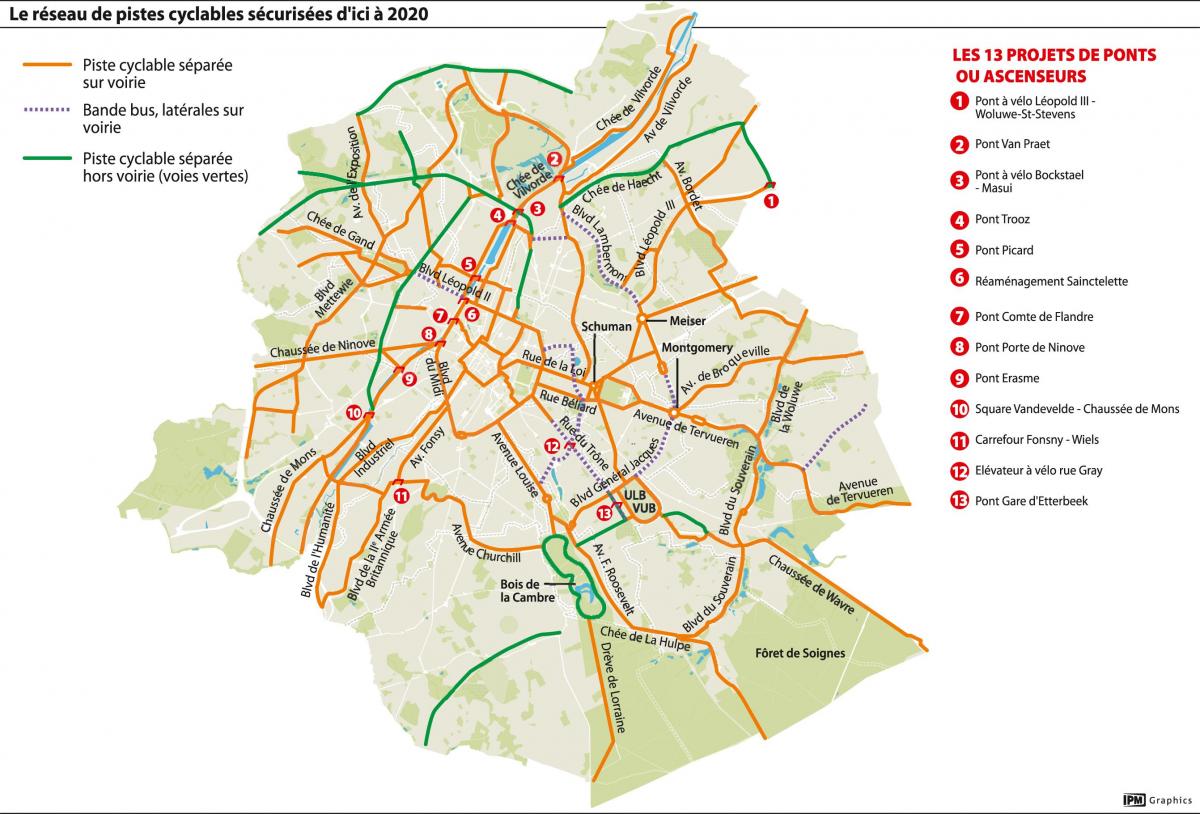 In the centre of the city, bikes are often faster than cars. The City of Brussels has bike racks and boxes, rental systems of bikes, bike lanes and a Bike Commission. The City of Brussels has bike boxes on its territory as its shown in Brussels bike lane map. A bike box is a box with key access that can accommodate 5 bikes from local residents. The ICR (regional bike lanes) form a network of public roads that are fitted out to allow cyclists to ride in safety.

The best way to find your own biking lanes is to take a look at the Brussels bike lane map, available for sale in a waterproof hardcopy or for free download. The map shows the contours of hills and also codes the streets of Brussels in terms of their openness for bikes. It can seem a little complicated at first, but once you learn how to read it, you wont leave home without it.